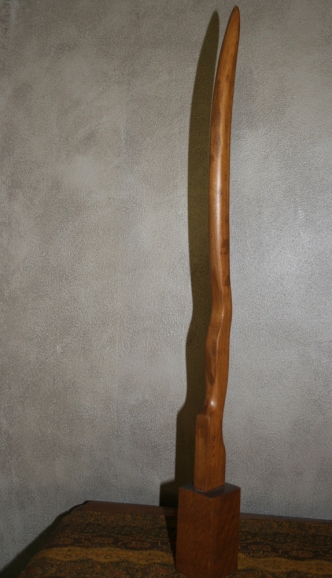 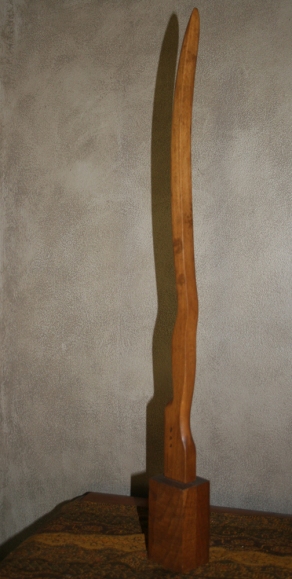 This work is the first sculpture of mine to be influenced by Constantin Brancusi’s “Bird in Space” series of sculptures. His were completed in the 1920’s–1940’s and were inspired more by an exploratory interpretation of a bird’s characteristics when flying rather than capturing a literal physical likeness. My reaction to Brancusi’s work was an inspirational one—specifically, to his approach of simplification of organic form but not an interpretation of a bird in flight.

This sculpture was completed in 1976 and was not meant to literally symbolize a bird flying or anything else, but instead an exploration of organic form. In that sense it is a formal sculptural exercise.